Sign up to receive our newsletter and planning guide.

Always innovative, and with a spirit to be unique

Stag’s Hollow Winery has more than a few firsts to its credit. In 1995 it was the Okanagan’s first winery to install energy-saving geothermal technology for heating and cooling. In the 1999 vintage, it was one of the first wineries to sell Futures. In 2006, it was one of the first wineries in the Okanagan to plant Tempranillo, Spain’s major red varietal. Then in 2011, it was the first in the Okanagan to plant Dolcetto, a red wine grape from northwest Italy’s Piedmont region and Teroldego, a rarer grape from the Trentino region in Italy. These innovations flow from the pioneer spirit that brought Larry Gerelus and Linda Pruegger from professional city careers to Okanagan Falls early in this wine region’s development. Stag’s Hollow was just the third winery in the Okanagan Falls' region. Born in Winnipeg in 1952, Larry trained as an insurance actuary. He was an independent pension and benefits consultant in Calgary while Linda, a Calgary native, worked in banking and then in marketing with an oil company. Ready for a career change, Larry sought out career counselling. The test suggested he was better suited either to running a ski resort or operating a winery. When he began researching Okanagan vineyards in 1991, the industry veterans he consulted kept recommending Okanagan Falls. In 1992, he bought a four-hectare vineyard growing Chasselas and Vidal, under contract to Mission Hill. When the contract ended in 1994, Larry grafted most of the Vidal to Chardonnay and all of the Chasselas to Merlot and Pinot Noir. The vineyard was back in production the next year and Stag’s Hollow built its first winery in 1995, opening the following year under a name inspired by a chance fawn encounter in the vineyard and the significant and dramatic kettle hole (the "hollow") in the centre of the property. The original winery was incorporated with Larry and Linda’s residence. The building was equipped with the first geothermal heating and cooling system among Okanagan wineries. The energy savings were so significant that the investment paid for itself in three years. Stag’s Hollow expanded in 2006, building a separate winery with about four times more production capacity. Once again, a geothermal system was installed that circulates liquid through underground lines using the earth’s constant temperature to heat or cool the winery as required. In the first year of operations in this new winery, Stag’s Hollow saved an estimated 100,000 kilowatt hours of electricity by using this geothermal technology in conjunction with high-efficiency lighting and windows. In 2020, the south-facing deck off the wine shop was covered with solar panels, to help offset the power requirements for the winery building. This also provides a shaded spot for outdoor tasting experiences, overlooking the "hollow". In 2011, Stag’s Hollow purchased 18 acres of land 2km north of the Estate property. The following year, planting commenced with Tempranillo, Dolcetto, Albariño, Pinot Noir and Muscat. Named the Shuttleworth Creek Vineyard for the creek bordering the east boundary, planting continued over the next few years, adding Teroldego and Syrah. A new adventure, Shuttleworth Creek vineyard created new excitement for the winery, adding new and interesting varietals to the Okanagan, that were being planted elsewhere in the World. As those vines mature, Stag's Hollow is finding that more and more of its premium fruit is coming from the Shuttleworth Creek Vineyard. In April of 2019, Stag's Hollow was purchased by Eric Liu. Eric prefers to stay in the background, and Larry and Linda have stayed on for a couple of years to help transition the winery team for the future. 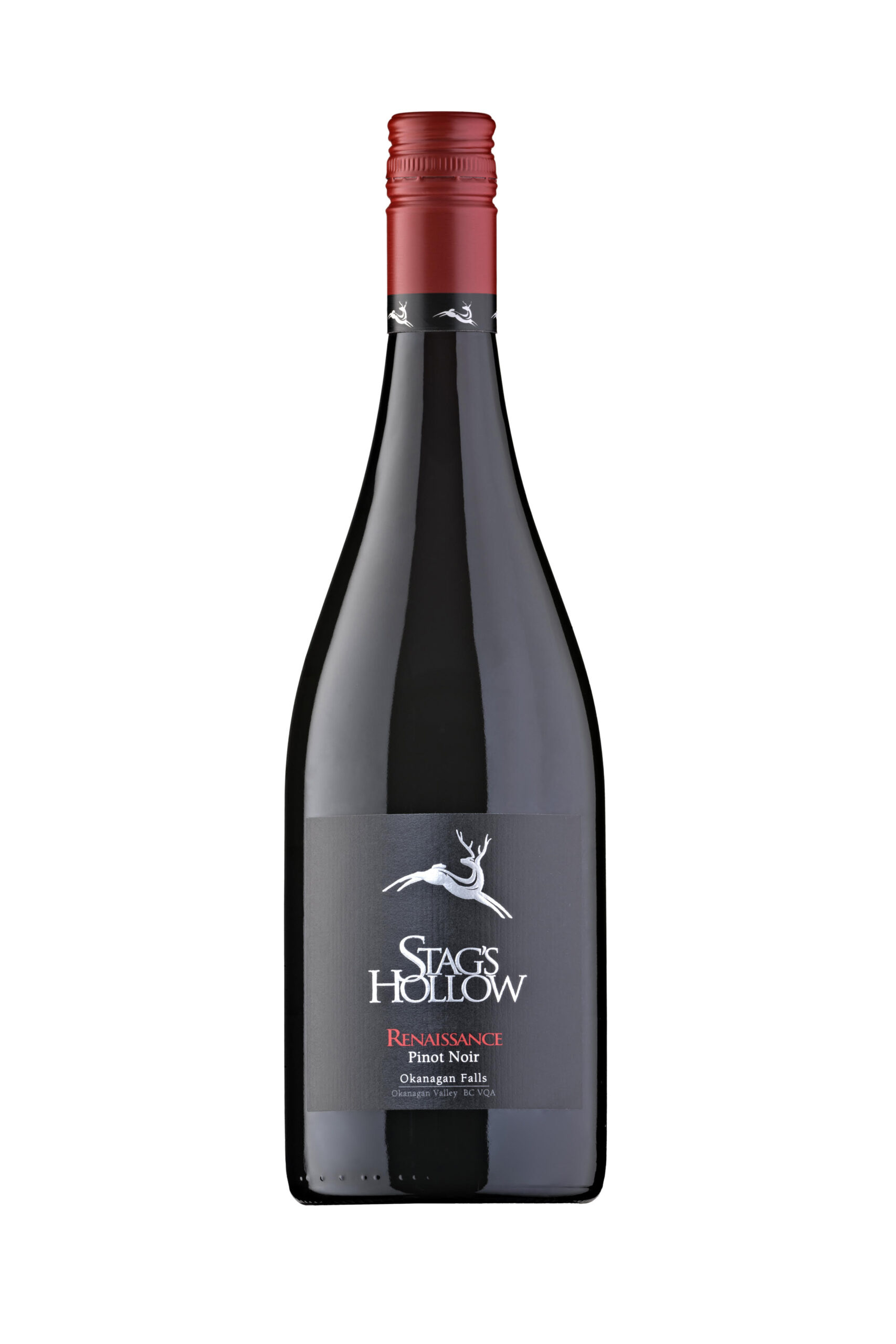