Treat your senses with a visit to our state-of-the-art winery. Sample award-winning wines while surrounded by wonderful works of art.

The Liquidity vineyard shares the same road as Blue Mountain and a fence line with Noble Ridge and the Nature Trust of British Columbia. The tasting room features sweeping views over rolling vineyards to Vaseux Lake and the mountains beyond. Growing grapes since the 1970s, the property sits on the 20 acre Allendale vineyard. In 2005, Gordon Pekrul, an Okanagan-born developer of housing in Arizona, bought the vineyard with a winery in mind. Those plans were abandoned after the collapse of the real estate market in the United States three years later. In 2008, the property was acquired by a group of businessmen and wine enthusiasts led by Ian Macdonald, a Vancouver businessman. The group completely renovated the house to add a tasting room and bistro, which opened in May of 2014. They also built a functional and well-equipped winery in time for the 2012 vintage to be made there. In previous vintages, Liquidity made small volumes of wine at another winery while selling most of its grapes. In April 2020 Liquidity Wines was acquired by new owner, Anthony Von Mandl, and is a proud member of the Iconic Wineries of British Columbia. The vineyard has four hectares of mature vines, notably Pinot Noir, that Rolland Heller had planted. Another four hectares on the prime south-facing slope has been replanted. The vineyard was converted to efficient drip irrigation with moisture sensors and a weather station. Soil analysis has revealed that the vineyard has good soils for growing quality grapes. As of the 2020 vintage, Liquidity Wines and vineyards are certified organic. The Iconic Wineries of British Columbia make up the largest percentage of organically farmed vineyards in North America. At the end of 2014, a second vineyard (formerly Lusitano Winery) located a couple properties to the south of the winery was acquired in order to have the ability to increase production with estate grown fruit, bringing the total vineyard area to 12 hectares. This vineyard was originally planted in 2008 and contains Pinot Gris, Chardonnay, Sauvignon Blanc, Pinot Noir, Merlot and Cabernet Sauvignon. 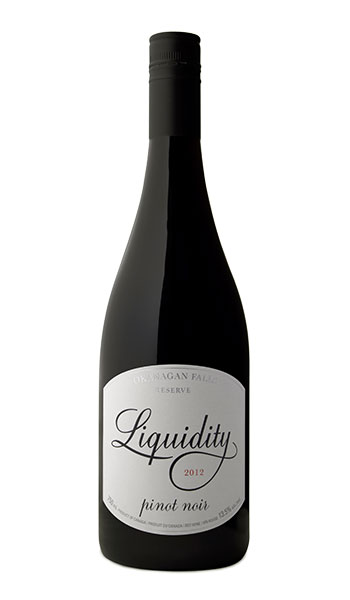